The entire world is facing one of the most challenging times from World War II. The new virus SARS – CoV-2 which causes the coronavirus disease called COVID-19 has strongly hit almost all the countries existent on our Earth. The crisis is harsh from the health and economic points of view. The people and the entire economy are badly affected. We really hope that the outbreak of this new pandemic will end soon and that we will be all together able to restart our lives and our businesses. Until then, a big hug from Namzya Girls! And hoping for each one of you to be safe and strong.

We have decided to write an informative article regarding the rules which apply when a new virus appears, and a new name is needed for it. We have chosen 7 known viruses or diseases and you can read here their naming stories.

First, we want to clarify the following fact:

Why do the virus and the disease have different names?

There are different naming processes, purposes and objectives for naming and differentiating viruses from diseases.

Viruses are named based on their genetic structure to facilitate the development of diagnostic tests, vaccines and medicines. The viruses are named by the International Committee on Taxonomy of Viruses.

The name for the virus which is now collapsing the world is an acronym from Severe Acute Respiratory Syndrome Coronavirus 2. This name was chosen because the virus is genetically related to the coronavirus responsible for the SARS outbreak in 2003. While related, the two viruses are different. The chosen name for the disease caused by this virus was COVID-19 and the name is an acronym for Corona Virus Disease 2019. One of the most important purposes of WHO when naming a new disease is not referring to a geographical location, an animal, an individual or group of people, and which is also easy to pronounce in any language. For example, if the new virus was called The Chinese virus or the disease would be called The Chinese Disease, this fact will stigmatize Chinese people and the levels of racism would skyrocket.

Ebola virus disease (EVD), formerly known as Ebola hemorrhagic fever is a rare but severe, often fatal illness in humans. The virus is transmitted to people from wild animals and spreads in the human population through human-to-human transmission. The average case fatality rate is around 50%. EVD first appeared in 1976 in simultaneous outbreaks, one in what is now Nzara, South Sudan, and the other in Yambuku, DRC. The latter occurred in a village near the Ebola River, which according to WHO, is the source of its name: Ebola. That first outbreak in this area has infected 318 people and killed 88% of the people affected.

So, even if WHO is saying that they do not want to connect viruses and diseases names with places, it seems that in the Ebola case, they have done that.

HIV is an acronym for the Human Immunodeficiency Virus. HIV is a type of lentivirus, which means it attacks the immune system. What about the name of the disease, AIDS? At first, the disease was called all sorts of names relating to the word “gay”. In the mid-1982, the scientists realized the “disease” was also spreading among other populations such as hemophiliacs and heroin users. By September that year, the disease was finally named AIDS which comes from: Acquired Immunodeficiency Syndrome.

MERS is an acronym for Middle East respiratory syndrome which is a viral respiratory disease caused by a coronavirus (MERS -CoV) that was first identified in Saudi Arabia in 2012. Approximately 35% of reported patients with MERS – CoV infection have died.

Although rabies vaccines for pets were introduced in the 1920s and they helped to make this disease rarer in the developed world, this condition remains a serious problem in India and parts of Africa. It destroys the brain. If you don’t get treatment urgently, you die. The name comes from a term which is derived from the Latin “rabies” which means “madness”. This is may be also related to the Sanskrit term “rabhas” which means “to rage”. The Greeks also derived the word “lyssa”, from “lud” or “violent”. This root is used in the genus name of the rabies virus, which is called Lyssavirus.

Marburg virus is like Ebola in that both can cause hemorrhagic fever, meaning that infected people develop high fevers and bleeding throughout the body that can lead to shock, organ failure and death. The mortality rate in the first outbreak was 25%, but it was more than 80% in the 1998-2000 outbreak in the Democratic Republic of Congo, as well as in the 2005 outbreak in Angola, according to the World Health Organization (WHO). Two large outbreaks that occurred simultaneously in Marburg and Frankfurt in Germany, and in Belgrade, Serbia, in 1967, led to the initial recognition of the disease. The outbreak was associated with laboratory work using African green monkeys (Cercopithecus aethiops) imported from Uganda.

So, the name of Marburg virus comes from Marburg city. Again…like in the Ebola case, WHO is naming a virus after a specific place even if this means stigmatizing forever the place, the city and the people living there.

Closing this article, we would like to present you an interesting fact:

The virus is called H1N1 influenza virus and it was one of the deadliest disasters in history. It killed more people that the First World Wan and in less time. Many people think that it was chosen “Spanish Flu” because the tragical pandemic has started in Spain. But it is not true. Spain was not hit especially badly compared to other countries, but wartime censorship exaggerated the affects to the virus there. While Great Britain, France, Germany and U.S. censored and restricted early reports, papers in Spain, as a neutral country, were free to share a lot of details regarding the disaster caused by this pandemic. This made it look a huge crisis for Spain and people worldwide have started to associate the terrible disease with Spain. 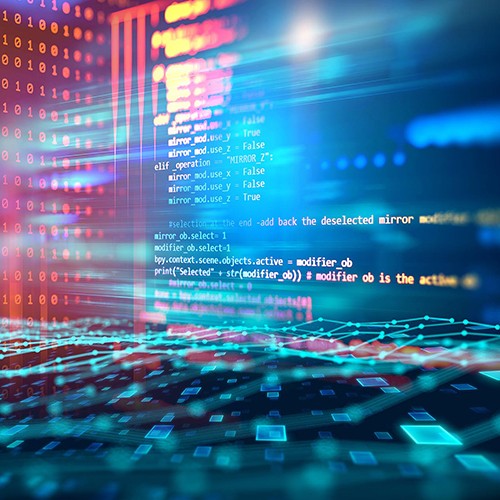 Nowadays, launching a new platform or a new mobile app has become a fast-growing trend. Not only the technological companies are launching software products. Companies from all the fields are...